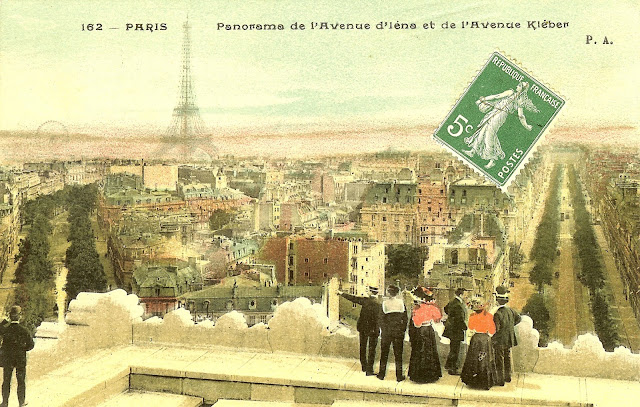 Today when waiting to pick my son up from school there was a nanny who apparently yelled at a little boy in her charge to not do something. It seems he must've gone ahead and done it and she reprimanded him or said something, leading him to go prostrate in the middle of the sidewalk, tears streaming down his face as he uttered silent sobs of pain.

One of the mothers looked at the boy, and then at the nanny and said, "he's crying." The nanny said, basically, "I don't care. He didn't listen. Don't pick him up. Don't interfere." The mother, and many others now were all watching and all empathizing with this boy...and the mother who wanted to help him. She went a second time to pick him up...he was in the middle of the sidewalk and there were a lot of people coming and going and arriving at the school.

The nanny yelled again saying "leave him there. He has to learn." The other mother (a friend of mine) has been looking at me and all I can do is give the French pursed-lips "I don't know what to say" kind of expression. I am not going to get involved. This is definitely out of my territory and I know this is a situation that I definitely do not have all the cultural codes and finesse to deal with. (Although there are other times when I don't care and go about asserting myself, codes my bum!)

Finally the other mother can't take it anymore and to, I would say, everyone except the nanny's relief, she picks up the boy who then just stands there and shuffles his way to the nanny who reprimands him again.

Thankfully the double-doors of the school opened up at that instant so no one had to feel more uncomfortable than we already did. (Another very French thing.)

We know a family who live nearby and sometimes offer to drive us to school (a 10-minute walk). I have done this a few times and find it so upsetting I now decline. A few days ago the we were leaving our home the same time as this family and after being offered a ride twice, and declined twice, I tried to continue walking with my son, enjoying the slightly fresh late May morning air.

They waved as they drove by and then pulled over onto the oncoming traffic lane and parked. The father opened his door and the backseat door and once again, smiling, offered to drive us. I felt so uncomfortable at this point, having thrice declined and now he's parked in the street nearly blocking traffic.

I hurry around to the passenger side, with a huge bag carrying the DVD player we are donating to the school in front of me.

My son scrambles into the backseat and I then spend the next five minutes repeatedly asking for the seatbelt and "where is the seatbelt" and "can you get the seatbelt..." The other two children are sitting in their carseats unattached. The father is busy trying to talk to me as an adult about various topics and all I want to do is get the seatbelt on my son.

We've had this experience before, as I've mentioned. The father laughs and says, "oh it's not that long a trip...it's just a short distance...it's not necessary for the short trips." This is a common thing I've seen in this neighborhood of privilege. Mamans and Papas piling toddlers and youngsters into Mini Coopers, Fiat 500s (original and new versions), Porsches (original and SUV versions) and other small cars. It's like a way to cling to their childhood, or to continue the tradition of their upbringing (the French Way), or demonstrate this act of civil disobedience (which the French LOVE to perform in a variety of ways).

Either way, I find it unsettling and I've told my son we will not be riding with them again because it's not safe. Thankfully I have a son who seems to err on the side of caution too. Of course I am well aware he could make up for all this in his later years, but I'll take any cautiousness I can get! :)

Looking inside
I see a vast grey space
little bubbles of matter
Larger oval veins
all floating, all alone.
The desire to see a little one
growing
filling up
the space
overtakes all other thoughts.
His home is empty.
I want another one.
There should be a baby there.

My most private womanly home
used to be a nightclub for parties.
Now, having sheltered, nurtured and grown
a Being,
it craves another.
My home is rich, clean, ready for a guest.
Waiting, waiting,
Never to be occupied again.

Perhaps it was just his home
once
will only be his home forever.

A few weeks ago I was at one of our local parks with my son and father. My son commented on how ALL of the equipment in the park was tagged with graffiti. It looked like it had been done relatively recently and it really, really looks awful. It's especially "insulting" because the city had just replaced ALL of the equipment in the park just a year or two ago. (Perhaps I should be grateful it took 2 years to get graffitied?)

He said the "old kids" did this and it doesn't look nice and is dirty. He told me to take pictures of all of it, pointing out each side of each jeux for me to photograph and said we would send a letter to the police.

Today I printed out the pictures and my son dictated the letter to his papa. Then we had him write it in his handwriting and his father addressed the envelope to the Mairie (mayor). I like how he also mentioned an "actionable item" for the "old kids" to clean up the park. ;)

I'm so proud of raising a little boy who cares about his environment and is civic-minded. He picks up trash on the streets, beaches, elsewhere (within reason). And he notices how a minority can ruin a place with their "bad behavior" for the majority. And I am just so pleased that he now has a mind to take it to the next level by taking correct actions!

Here is his letter, and the "evidence." 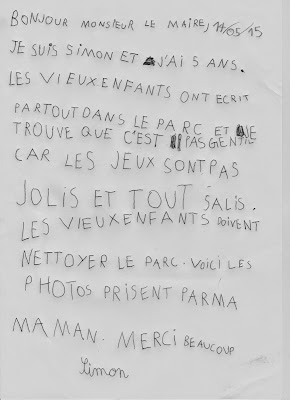 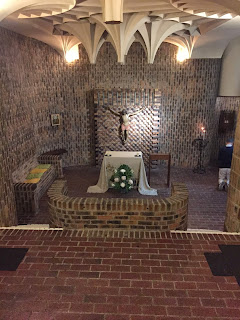 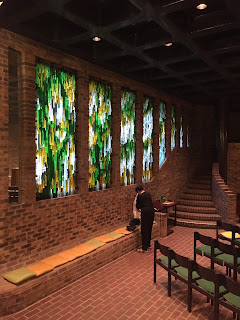 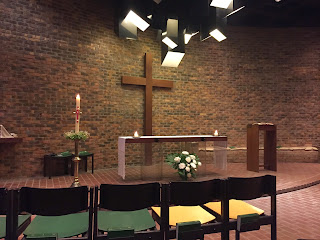 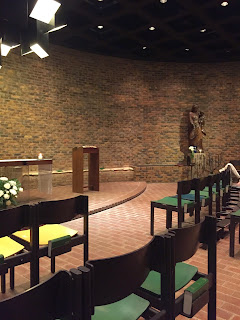 It's really weird - such a disconnect - to see all these Mother's Day facebook posts when the reality I'm living in (my life in France), it's not a holiday (yet). MD is in a few weeks, I guess, in France. I don't even know. I feel bummed I didn't get out a ton of pics and #tbt photos and gush over my mother... and then there's my step-mom and mother-in-law (but she's over here anyway)... I guess it's akin to when there was that study on how people can get depressed looking at everyone's "wonderful life" posts... For me it was just another sunday, and in fact, quite a long one (too long for S)... I guess it feels weird because I didn't celebrate MD yesterday. We celebrate it whenever it is in France, because we're in France and my husband and son are French. This is just one of those moments when I feel really disconnected from my family, friends and culture, and sad.

However, if I want to focus on the positive - I know I was a great mother to my son this weekend, and in general! And that I know, like Christmas, I really don't ever want my son to feel the commercial  pressure to have to do moremoremore. I don't want him to feel obligated to do anything. I want to foster in him the sense of showing you care about people everyday, not just on Hallmark-designated holidays.

My day: Surprises around every corner

Coming out of a turbulent week, I'd found myself waking up to this classic bright view... 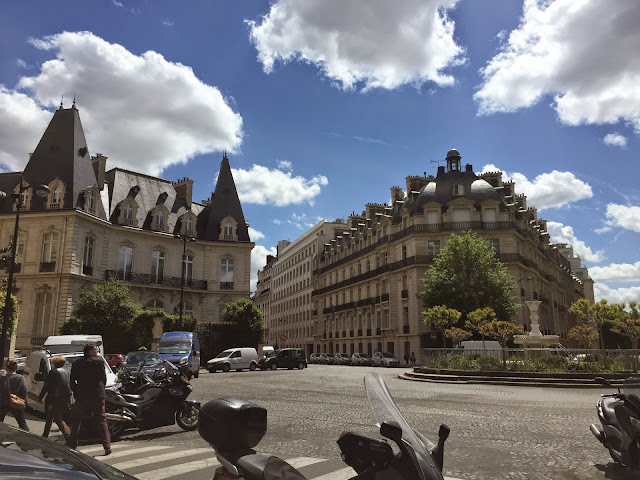 I continued down the street when my eye was filled with blue... 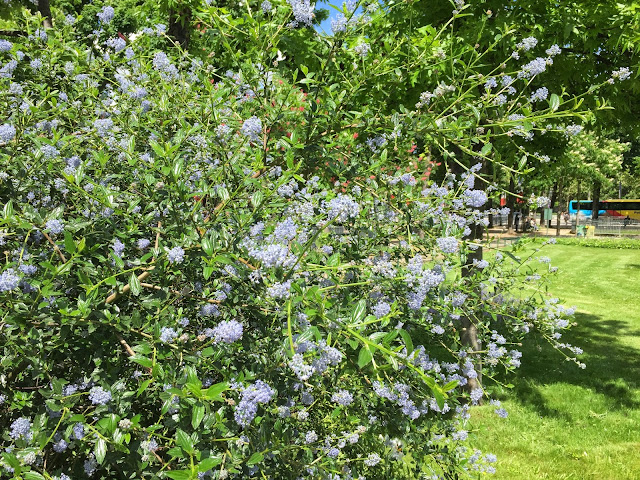 Only to glance up to see horses leaping into clouds... 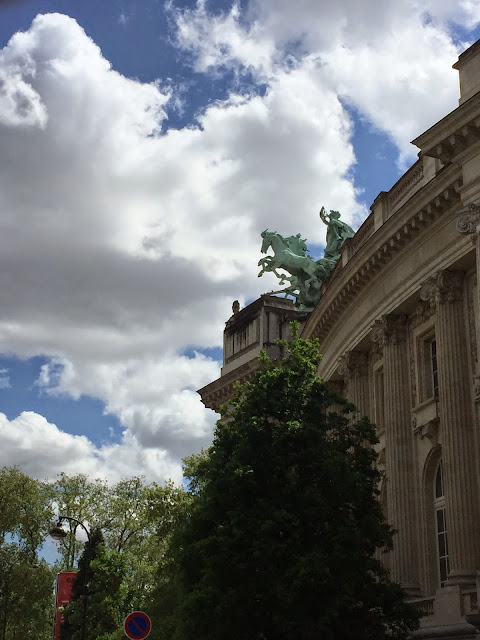 When my nose carried me back to my grandmother's garden... 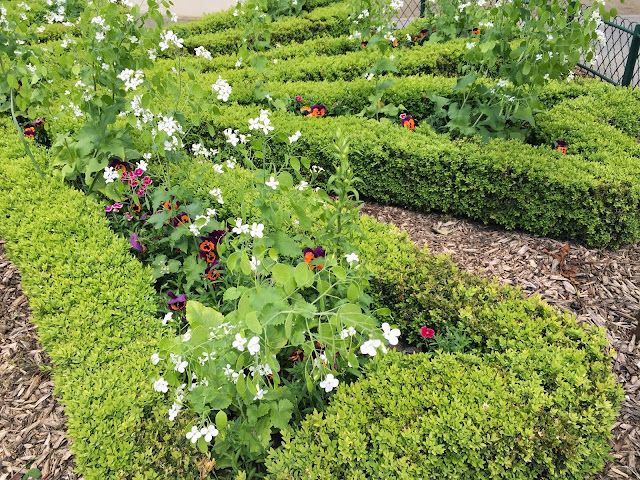 The canopy of green leafy trees wafting sweet pink chestnut was a visual and olfactory treat... 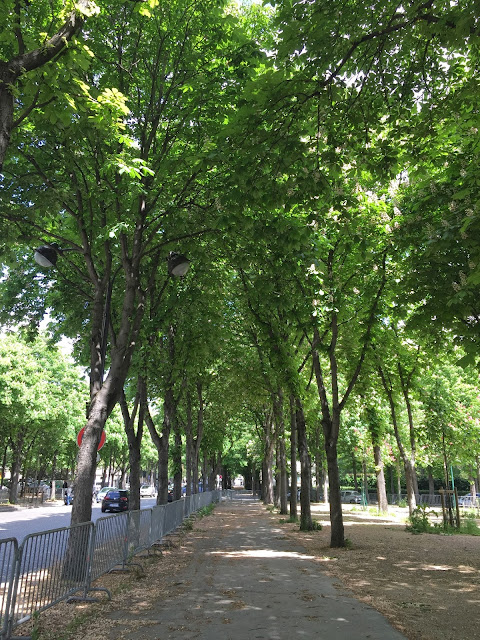 To glance up a little further down and see soft a billowy pillowy... 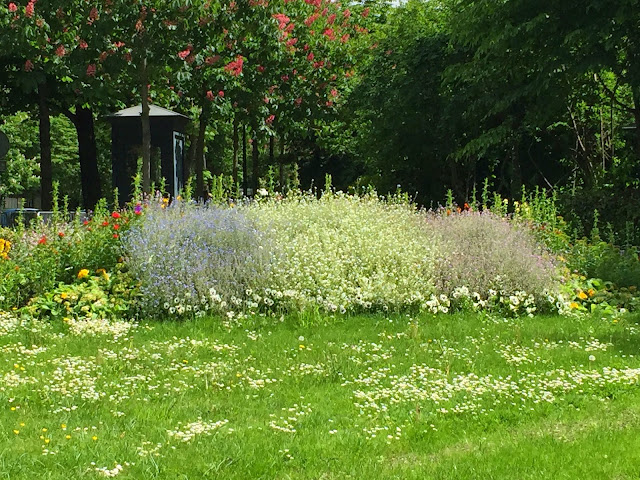 Directly across from the (back) entrance to our nation's presidential home... 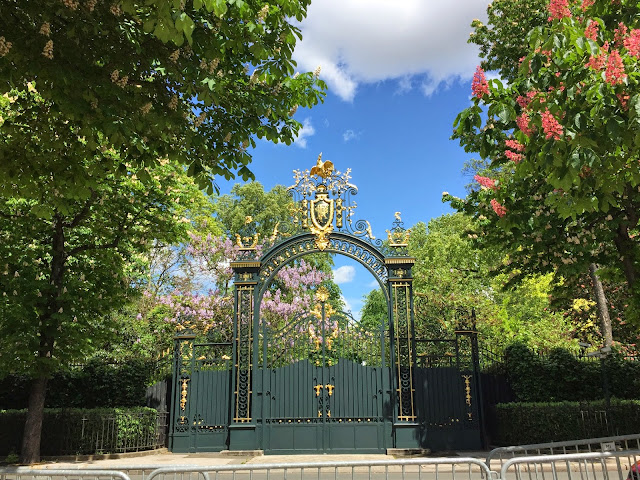 And more color, flowers coaxing me down the path, coaxing me into a calmer, happier place... 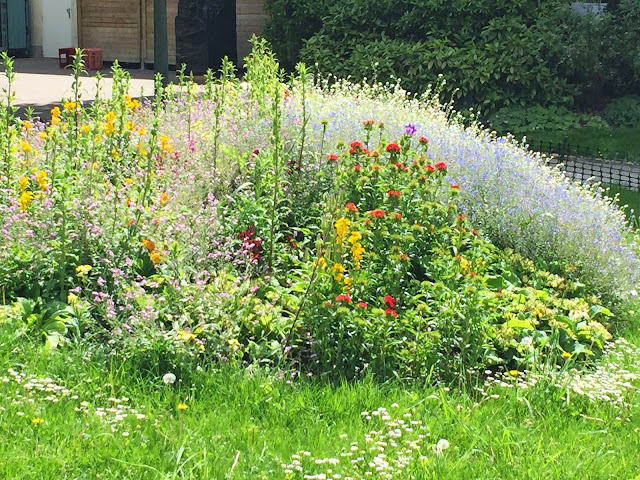 And a little old-fashioned but still very much in use protection in this day and way... 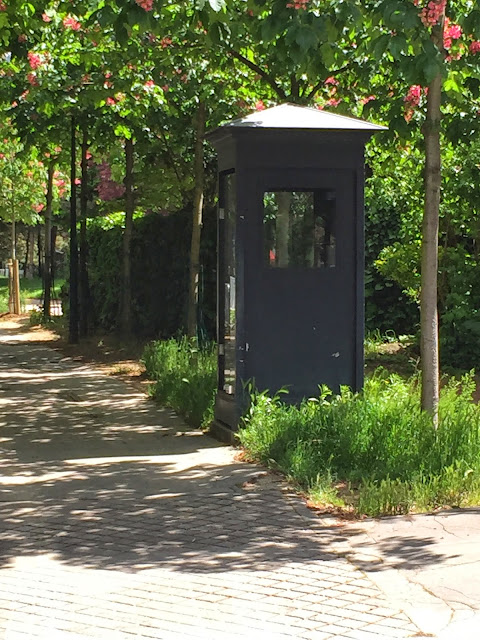 And even some untamed patches amidst manicured splendor, like the lovers in love's exquisiteness... 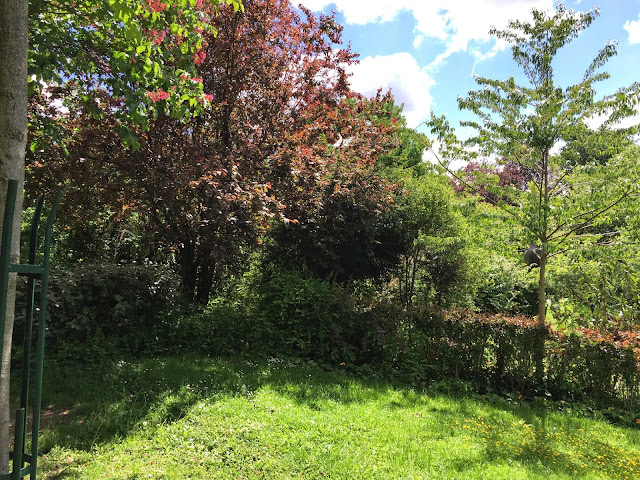 All carried me softly, like my love's strong embrace, continuing to remind me of God's care above all.